Tell us a little about yourself.   How did you get started being an NFL agent?  Did you play football growing up?


Lets’ see, a little about me. Well first of all I am Awesome. I am a graduate of the University of Kentucky, but live in Louisville. Pretty down to earth, yet very opinionated, and I have a tendency to wear my emotions on my sleeve sometimes, as my followers already know.  I played football at DuPont Manual High School in Louisville. I was pretty good. Heavily recruited my junior year, broke my leg my senior year and most of the schools backed off. I still had some Div 1AA and some VERY small div 1 schools after me, but decided to go to Kentucky as a walk on. I wanted to get the best education possible because I knew I would never make it to the NFL.

I started off representing basketball players, mainly overseas and in the WNBA. Football is my passion so I knew if I was going to pursue being an agent; this is where I wanted to focus to be. And also I seen a lot of my friends being taken advantage of by agents and decided I wanted to make a difference. I was a “Financial Institution Specialist” with the FDIC, and one morning I woke up, decided I wanted to do this full time, so I prayed, and took a leap of faith. And here I am.
Who are some of the players you represent?
In the NFL there’s John Conner, Corey Peters, Aaron Morgan, and Alfonso Smith.
What is the process you go through before attempting to sign a player?  Do you watch film? Speak with coaches?
First step is just like everyone else. I get spring grades and see which prospects scouts have identified. And then I go to the next stage which is my own individual analyst of players from what I may have seen or heard. I also take recommendations as well. Then I get film and scout the players myself. I use to be a talent scout for an agency, so I kind of know a little about evaluating talent if I say so. Lol…
I do not talk with coaches about players. I do not want to waste their time, and if you are not “their” guy they are not too willing to help an agent out anyway. So I tend to stay away from them. This is a practice that has hurt me, but it’s one I think I will continue to do.
How many days in a year are you on the road?  Did you ever figure out how many airline miles you’ve traveled in a year?
Hadn’t figured out the mileage yet but I would think it was a lot. Maybe on the road every weekend from September to January. Then it’s pretty much just taking care of my guys until the summer and hopefully can get some preliminary meetings with some seniors.


Read the Rest
Posted by Pat Schuster at 7:56 PM 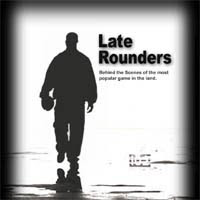